You can find on this page the USA road map to print and to download in PDF. The USA driving map presents the detailed road network, main highways and free motorways of USA in Americas.
In comparison to some parts of the Western world, the USA relies more heavily on its roads both for commercial and personal transit as its shown in USA road map. Car ownership is nearly universal except in the largest cities where extensive mass transit and railroad systems have been built. 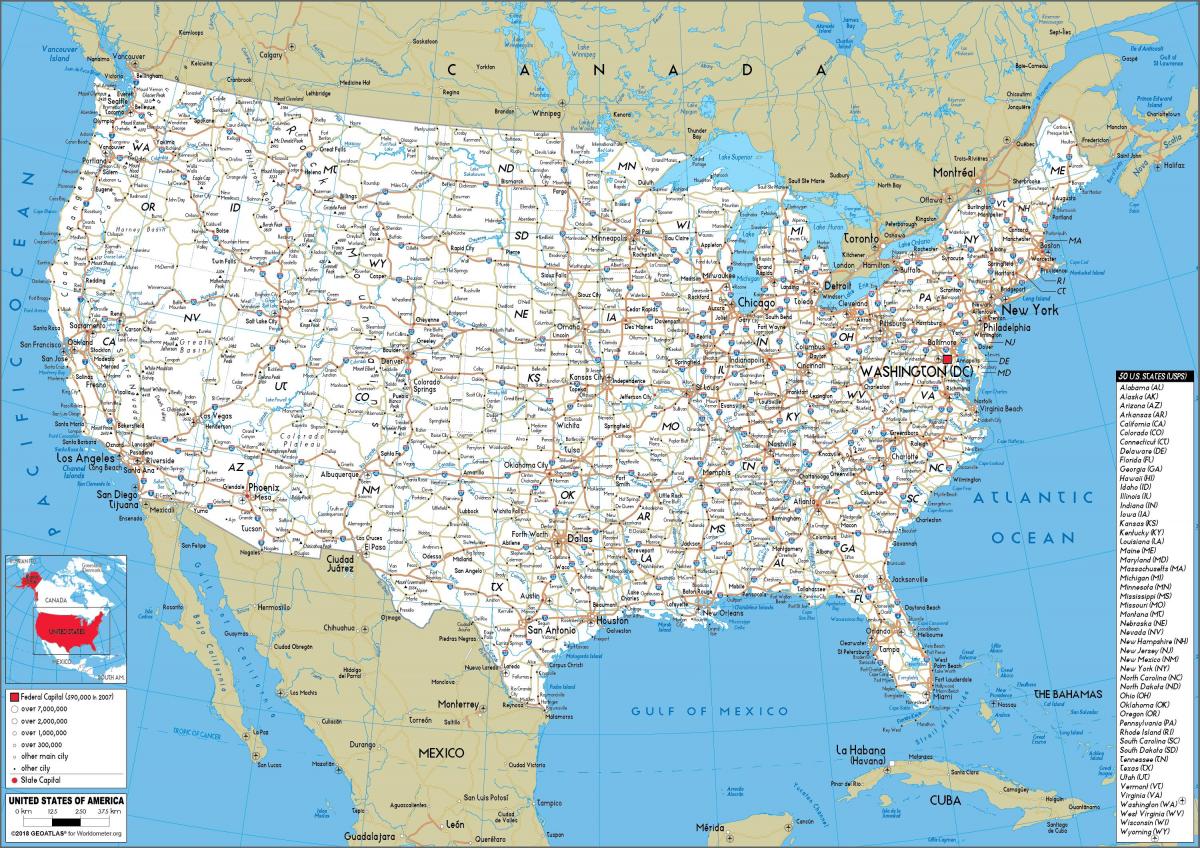 There are more than 4,209,835 km of paved roads in the USA (including 75,040 km of limited-access roads), and 2,255,964 km of unpaved roads as its mentioned in USA roads map. A large number of expressways are actually government or privately operated toll roads in many East Coast and Midwestern states. West Coast freeways are generally free to users ("freeways", no toll charged per use), although since the 1990s there have been some small experiments with toll roads operated by private companies. After the collapse of the I-35W Mississippi River bridge in Minnesota in August 2007, the backlog of road and bridge maintenance across the country became a prominent political issue.

The road system in the USA has evolved over time to a complex network of physical structures that include roads, bridges, and overpasses, all designed to carry an enormous amount of traffic. Building and maintaining roads and bridges is generally the responsibility of state and local governments. Of the 4.1 million miles of road in the USA, almost 97 percent are under the jurisdiction of state and local governments as you can see in USA roads map.

There are approximately 4 million miles of public roads in the USA and 8.3 million lane miles as its shown in USA roads map. The majority (76% of lane miles) of paved public roads in the USA are two-lane rural highways, and the remainder are urban and rural multilane roads. The road network is expanding slowly, having only 55,000 lane miles built between 1987 and 1997 (less than 0.2% increase per year). About 80% of the expansion to the system is from road widening. 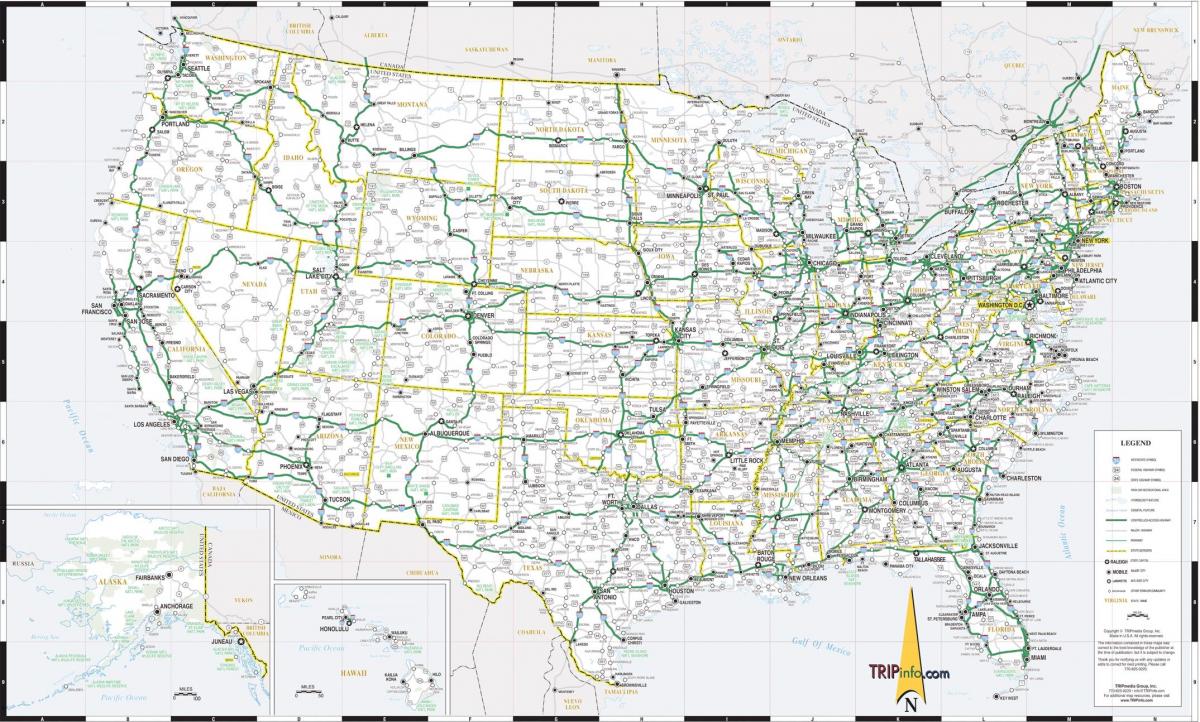 With the development of the extensive Eisenhower Interstate Highway System of the USA in the 1950s, both long-distance trips and daily the commute were mostly by private automobile. This network was designed to exacting federal standards in order to receive federal funding. The system, as of 2004, has a total length of 46,837 miles (75,376 km) as its mentioned in USA highway map, making it both the largest controlled-access highway system in the world and the largest public works project in USA history.

The Interstate system joined an existing National Highway System (a designation created for the legacy highway network in 1995), comprising 160,000 miles (256,000 kilometers as you can see in USA highway map) of roadway, a fraction of the total mileage of roads. The Interstate system serves nearly all major USA cities, often through the downtown areas (a point which triggered freeway and expressway revolts in the 1960s and 1970s). The distribution of virtually all goods and services involves Interstate highways at some point.

All highways in USA are maintained by state governments, although they receive federal aid to build and maintain freeways signed as part of the 46,000 mile (75,000 km) nationwide Interstate highway network as its shown in USA highway map. In addition to the routes of the Interstate system, there are those of the USA Highway system, not to be confused with the National Highway System.