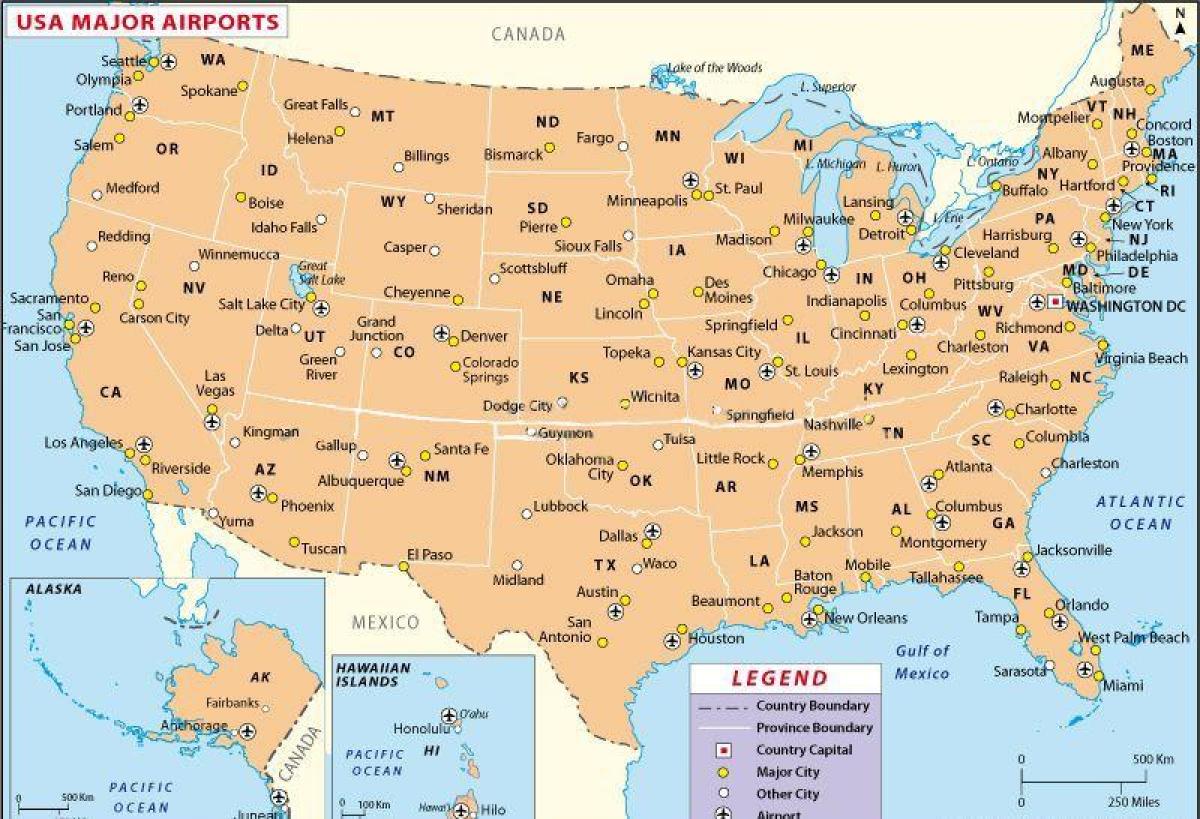 The USA airports map shows location of airports in USA. This airports map of USA will allow you to determine which airport you will used to leave or arrive in USA in Americas. The USA international airports map is downloadable in PDF, printable and free.

O’Hare International Airport (ORD) spans 30.86km² in the north-west metropolitan area of Chicago. It is the busiest airport in USA and sixth busiest in the world, handling 79 million passengers and experiencing 867,049 aircraft movements in 2017. Located four miles west of the city, Salt Lake City International Airport (SLC) covers 31.16km² as its shown in the map of USA airports, featuring three terminals, four runways and three helipads. The International Terminal offers US customs facilities for scheduled and chartered flights. Terminal 2 is reserved for Delta Air Lines, KLM and SkyWest Airlines, while Terminal 1 is used by all other airlines.